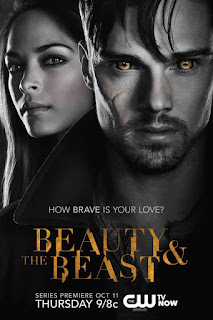 So... who else was less than impressed with the new Beauty & the Beast? I definitely have a lifelong love of the B&B conceptualized so I'm probably the worst judge. I just kind of expected the characters to seem more adult. Was I the only one who felt like the actors looked like high schoolers playing adults? Obviously they're not but it just felt off to me. I figure I'll give it another few episodes before I bail but was wondering what you guys thought... anyone here watch the one from the 80's?

This weekend I'm still swamped with reviews needing written. Can't seem to write them fast enough. Which is kind of unusual for me. lol But then I've had a lot of great reads in the past couple of weeks. It can make it challenging to write reviews when you're still mentally buried in one you've loved.

This weekend I'm reading Night Thief by Lisa Kessler and trying to sneak in a few pages of Her Mad Hatter by Marie Hall as a break for something non-review related for a change. Believe it or not, I only actually read about 3 or 4 books a year that I haven't received for review in some capacity. I buy lots, just never get the damned things read. Now that Once Upon a Time is back for season 2 I've just been in the fairytale mood. I think in 2013 I'm going to make a concerted effort to request fewer 'ooh that sounds interesting' ARCs and let myself read some of the hundreds of books I buy and don't read every year. :P

On Sunday I'll also be officially launching the S.O.S. meme... that's Seeking on Sunday... and in honor of the blogiversary it will also have the giftcard giveaway I was planning going on. It's going to be a good one so please be sure and drop by!

Other than that my weekend will be filled with birthday planning for the wee one, The Walking Dead and Dexter on Sunday... it frigging sucks that everything I want to watch comes on at the same time BTW. My ABC shows are just going to have to get caught up on the ABC app later in the week. :( Plus I think we'll be marathoning season 3 of The Vampire Diaries tonight and Saturday since we still haven't caught up and forgot to order it sooner. Nobody spoil me on what happened until next week okay? lol

I hope you all have some fun weekend plans and get to do lots of reading! Leave a comment telling me what you're reading if you have the time, I really do love to see what's interesting my readers. ♥ -- Rhi
Posted by Rhianna at 10/12/2012