Four years & my hope for many more to come! 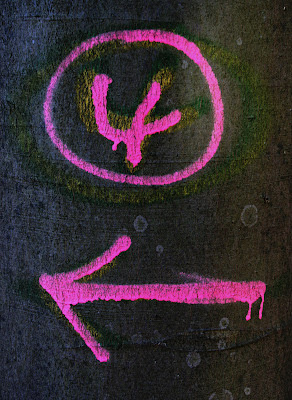 On October 1st, 2008 I sat down at my computer and opened up Blogger which I had decided earlier in the week was the platform I wanted to use for my very first blog. On that day RhiReading was officially born but the truth is that the idea had been gestating for years before that.
The very first book review I wrote was in the spring of 2005 and looking back on it now I have to kind of giggle because I really hadn't considered what a reader would be looking for in a review beyond whether I liked it or not. Over the course of the next two years I started to actually consider what important parts of a book would help a reader within the context of a review and managed to land more than one of my reviews as a top review for titles from Patricia Briggs, Rachel Vincent, and Yasmine Galenorn. I also pissed a lot of people off with my negative reviews of Laurell K. Hamilton's work at that point. My older reviews are littered with angry comments and folks pointing out that I apparently have some kind of beef with the author. lol (My only beef being that I felt there was a decline in her writing quality as a whole after a point and could no longer be pointed to as the go-to series for newbies to the genre).
In the spring of 2008 I received a completely unexpected and exciting invitation to join the prestigious (lol) ranks of Amazon's Vine reviewer program. Which introduced me to something I didn't even know existed before then... ARCs. It convinced me that not only was my opinion of value to other readers but that I could make something more of my hobby. Over the summer I continued to rack up top reviews for big names like Larissa Ione and Linda Winstead Jones. It was then that I realized that Vine wasn't going to be enough for me. ARCs in my favored genres were pretty rare on Vine at the time and eventually I realized the only way I was going to be able to focus my energies where they were best served was to branch out on my own.
The funny thing is I knew from that moment I was going to make RhiReading... there was never another name I had in mind. I'd also never seen another book blog so I had no idea what to expect or what would get people to read it. But I'd been running play-by-post roleplaying forums for six years so at that point I just went for it figuring if players had found my forums over the past several years I would have no trouble finding readers. (It's actually extremely difficult and for the first year I had less than 25 followers).
To my surprise and delight I was approached by a publicist within my very first month of blogging to interview an author I have grown to adore more and more over the years, Cheryl Brooks. It was a little bit sloppy and I've since realized I hate interviews but it opened me up to a world of possibilities.
In the past four years I've evolved as a blogger and my personal life has changed dramatically. I went from a tiny apartment and one child to having a big house and my little girl. I also went from being in the 100,000's range of ranking as an Amazon reviewer into the top 1,200. I've been steadily sitting in about the 1,500 range for the past year. I've seen beloved series get the axe from publishers and the rise of self-publishing. Enjoyed the confidence and friendship of several authors and continue to privately eye many of my fellow bloggers with awe and adoration for their success.
As I go into my fifth year of blogging I have to marvel at what I've accomplished and what the book blogging community in general has done for bringing together those who read and those who write and sell books. I'm not sure where this year will take me to be honest. I have lots of grand ideas but as a blogger who runs the show alone (and likes it that way) I get a little intimidated by the things I want to do and how to make them happen. :S
Before I run off to attempt some work around here I want to close today's little reflection on how I came to this point with a message of thanks. Thanks to the many folks who have been a part of the journey! Authors who've guestposted, publicists who've invited me to tours and given me review copies, but most of all to you readers and fellow bloggers who comment and just in general inspire me. I might have started out blogging purely for myself—and still do for the most part—but it's a pleasure to know that the thoughts I have about the things I read are found valuable by you! I wish I could send each and every one of you a giftcard so you could go out and pick up a book you've been wanting, alas I can't even afford a giveaway until later this month. So watch for it okay? ;)
♥ -- Rhi

Email ThisBlogThis!Share to TwitterShare to FacebookShare to Pinterest
Labels: blogiversary

Congrats on your amazing blog, and wishing you another beautiful 4 years!!
<3