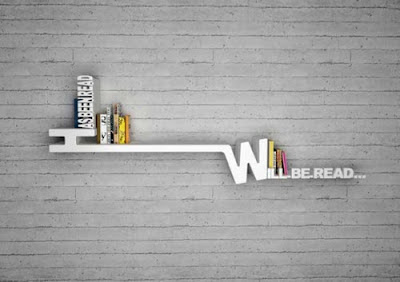 I think I might be a bad reader. I was pondering one of the books I'm working on and realized that I rarely am as quick to love a protagonist as I am to find a secondary character I adore. It makes me wonder if that's how our lives can be to outsiders. We're the frustrating character leading the story but it's our eccentric grandmother or hilarious cousin or super cute pet that people find interesting.

What are some of your favorite secondary characters from books? Jenks? Oberon? Linc? Phin? See... it's that easy for me to pull up a handful.

One of the big secondary characters in my life is my grandmother. She's 80 and we live too far apart but we talk every week and without her I'd be sunk. Leave it to a woman who grew up during the Great Depression and raised kids in the 50's-60's to have some of the best advice. We had such a big laugh last week because I was trying to tell her something (long story) and get her to understand I was talking about sex without having to say the word. Finally I just said, "Oh grandma! I mean SEX, I just didn't want to say the word sex to you because it's embarassing to say it in front of my gramma!". She thought I was hilarious for being uncomfortable about saying the word but darnit who wants to broach that subject with their LDS grandmother? Not I. D:

This weekend I'm getting into prep mode. We've got family coming to visit in about 10 days and I realized it would be a good idea to pretend we give a damn and do some dusting and carpet steaming and reshelve all the DVDs that the kids have stacked everywhere but in a decent order. You know... that sort of cleaning you only really do because you HAVE to. Blech!

This weekend I'll be bouncing between a pair of books. I've been getting into the Halloween mood (yes, I always start waaaay too soon) and decided to work on the arc of Two and Twenty Dark Tales: Dark Retellings of Mother Goose Rhymes, which has been really good thus far. The ARC is apparently going to be quite different from the finished copy so I'm not sure what my review will be like but the concept is utterly ME in concept. On the lighter side I'm working on Lucky Break which I'm both kind of liking and hating at once. It's going to be a difficult one to review because writing wise I'm not loving some of the things the author does and yet conceptually I dig it. Don't you guys hate when that happens?

Not much more to say this weekend. I'm just feeling very bleh. It's that time of the year I get sad because the mornings are freezing and the afternoons hot, while everything here dries out and dies. My trees are already turning yellow! I just want to curl up with hot apple cider with a splash of butterscotch schnapps and read something spooky to pull myself out of it but there's too much prep work for fall to enjoy it like that yet. Anywho, leave a comment telling me what you're reading! -- Rhi
Posted by Rhianna at 9/07/2012