As a romance author, I find myself secretly wishing for quite a few superpowers to get me through the day. A little invisibility would help in eavesdropping and expanding my current people-watching regime. The ability not to sleep would certainly help me meet deadlines. And while I’m making things up, I might as well put in a request for magical, calorie-burning powers to combat the ever-pervasive “writer’s butt syndrome.” (It can’t hurt, right?) 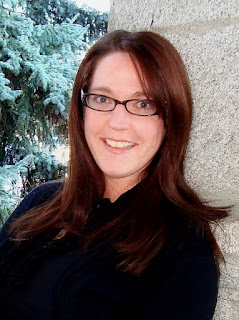 One superpower I do think most romance writers have, whether they want it or not, is the ability to look beyond the surface of a fictional relationship to pinpoint the emotions going on underneath. Did he just get a twinkle in his eye? BAM! He’s laughing at the heroine, finding joy in her company. Did she suck in a sharp breath just then? POW! She’s reacting to his nearness, her body feeling a sudden lack of oxygen from all the increased blood flow you-know-where. Are they standing toe-to-toe, screaming obscenities at each other, vowing vengeance at all costs? KAPLOOEY! What they really want to do is rip each other’s clothes off and get busy. And, oh, how we wish they would already.

The ability to see all this going on isn’t something most romance writers are born with—it’s more of a power acquired through years of having our noses buried in romance novels, searching for clues. And watching people interact, seeing the way a small gesture can mean so much more than an overt kiss on the lips or even an “I love you.”

And it isn’t a foolproof superpower, either. Sometimes, I’m so tapped into my own characters’ underlying emotions that I forget not everyone has the same direct line. In fact, I can’t tell you how many times I’ve gotten edits with notes that ask, “But what is she feeling here? So what if she’s biting her lip, Tamara, add some freaking emotion already.”

I guess that makes my editors my well-grounded sidekicks. The Alfred to my Batman. The Bucky to my Captain America. The Kato to my Green Hornet.

Hmmmm…I wonder if I could get them to wear tights? 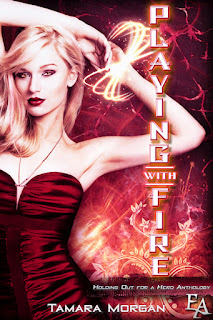 About PLAYING WITH FIRE by Tamara Morgan:

Fiona Nelson has always been one hot ticket—even before she took the conversion serum that gave her superhuman abilities. Fiona’s powers come at a price: lack of human contact, or she won’t be the only thing burning. When she loses control of her emotions, her fire powers run rampant…and she’s hurt enough people already.

But when the man behind her conversion returns to blackmail her into helping him gain power, the only person she can turn to is Ian Jones, the man who broke her teenage heart. The man determined to expose the criminal known as Fireball, whose explosive escapades are just a little too close to Fiona’s M.O.

Ian is convinced Fiona’s dangerous, convinced she’s Fireball, and convinced he’ll damn himself if he doesn’t resist a heat that’s always drawn him to Fiona like a moth to a flame—but Ian has his own secrets.

And he’ll learn far too soon what happens when you play with fire.

I'm really excited to read your newest release! Sounds like it's right up my alley. Keep writing -- you make me happy!

:) Thanks for commenting Denise!

With my 'vacation' last week I didn't have time to start PLAYING WITH FIRE so I am dying to get it read too. Plus, how seriously rockin' is that cover? It just begs ya to crack it open and dive in.

Congrats on the release! Sounds really good and like a power I would not like to have. Having any really seems like it would be a lot of added stress, but fire would be really bad.

My actual super power is my perpetual to-do list that goes in my head 24/7 and makes sure we get everything done. I'd like teleportation though, then I could sleep an extra hour before work in the mornings.