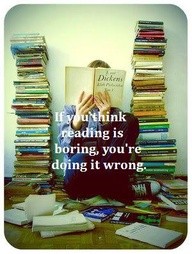 Three days into the school year and my toddler is sick. *facepalm* Her big brother has always brought 'crud' home from school to infect me with and it looks like she's finally losing her previous immunity to it. Which means this is going to be a long weekend, and not in the fun way. Anyone doing a little last hoorah camping or boating or waterpark visit?

With the hubs stuck working the ENTIRE weekend, my stepkid over for the weekend, and the tot sick I'm not sure I'm going to get much reading in. Which reeeeally bums me out 'cause I just started Wife for Hire by Christine Bell last night. Any other fans of Christine 'round here? Great news if you haven't heard: she's got 2 more Indulgence titles following WIFE FOR HIRE, and 3 upcoming Brazen titles! Yay!

Also on my list of Entangled imprints worth watching is their new line called Bliss, which I introduced to you earlier this week. The Entangled in Romance blog is hosting a NOOK giveaway to celebrate!

Win a NOOK eReader during the Bliss Books Launch Celebration!
I took part in the giveaways for a couple of the other imprints and the entries are soooo easy. If you'd love to have your very own NOOK you can head over there or enter right here at RhiReading via the widget I'll tack onto the bottom of this post.
In the meantime you can quickly check their three launch titles out: 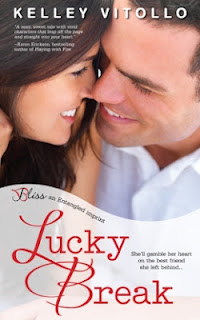 One lucky break is all struggling actress Sidney Williams needs. But when living the LA life becomes too much, she heads back to the small town of Shamrock Falls for the vacation she needs to get her life on track—and immediately runs into Kade Mitchell, her former best friend and the boy next door she’s always regretted leaving behind.

Kade, the new owner of Lucky’s—once the most popular bar in Shamrock Falls—is determined to bring the place back to its former glory, and seeing Sidney again is a distraction he doesn’t need. Sure, the chemistry between them is explosive, but Kade can’t let himself fall into a fling with his best friend—not when he knows she’s soon heading back to the glitter of Tinseltown.
Now, with the possibility of her first major acting role looming, Sidney must decide if her lucky break is in Hollywood or right where she left it—in Shamrock Falls. 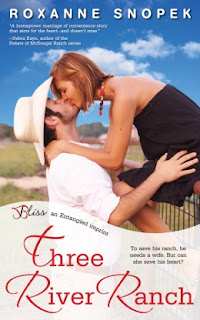 To save his ranch, he needs a wife. But can she save his heart?

Needing a fresh start from her two-timing fiancé, Aurora McAllister answers a realtor’s ad for a guesthouse on the beautiful, serene Three River Ranch. She shows up at Three River tired, alone, and—oh, yeah—pregnant.

Cowboy Carson Granger has enough trouble in his life without adding a pregnant woman to the mix. There’s the untamed mustang he’s prepping to release into the wild, not to mention his father’s crazy will, which stipulates that if he wants to fully inherit Three River, he’ll need to find a bride. Carson wants nothing to do with love or marriage. And children? They’ve never been in the cards. But he soon realizes Rory, and everything she represents, might just be exactly what he needs.

Sometimes love arrives on your doorstep when you least expect it… 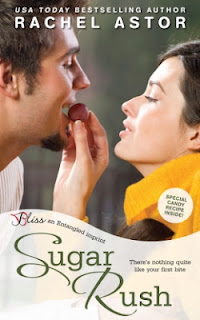 Dulcie Carter has been running her family’s homemade sweet shop, Candy Land Confections, on her own since her mom passed away. But business is slow and rent is high, so Dulcie knows if she wants to keep her mom’s dream alive, she’ll need a miracle. Winning the annual Assembly of Chocolatiers competition will change everything, if only she can overcome her fears and bring herself to create something new for the first time in a long time.

Then she meets Nick, a molten-hot guy with a sexy smirk and chocolate brown eyes. The attraction is stronger than any sugar rush—until she discovers he’s set to inherit his family’s big-box candy shop in town, which is her strongest competitor for first prize. Nick’s got his own reasons for needing the win, but then being around Dulcie is proving addictive.

As the competition heats up, so do the sparks between them. Can they keep their sights on winning, when love might be the sweetest prize of all?

They all sound fun don't they? I'm thinking I'll be picking up SUGAR RUSH first. I'm a bit of a secret food nerd so it's the one that caught my eye first.

Anywho, time to wipe the little one's nose and ask her why I just looked over and she's naked... again. Obviously the medicine has kicked in and she's feeling a bit better. lol Ahhh the trials of book blogger moms... so many books and so few moments to read them in that aren't hindered by snotty noses, diaper changes, and teenaged tantrums. Have a great long weekend if you're here in the states! ♥ -- Rhi

a Rafflecopter giveaway
Posted by Rhianna at 8/31/2012