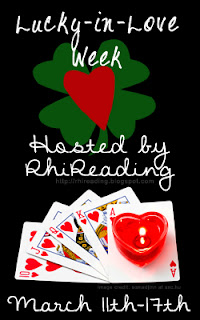 Lucky in Love?
By Cheryl Brooks
I’ll admit to being a little nervous when talking about luck. You see, I’m one of those people who always imagines the worst so I’ll never be disappointed—and quite often will be pleasantly surprised when something much better happens. To say I’ve been lucky might jinx me. So how do I respond when asked to contribute to “Lucky in Love Week” here at RhiReading??? Hmm… This will require some careful thought and even more careful wording.
To begin at the beginning, I was just a kid who grew up in a reasonably quiet neighborhood in Louisville, Kentucky. I had friends next door and some down the street. We played outside. We had Barbie dolls and we played horses and Capture the Flag and put on plays and stuff like that. Do kids even do those things anymore? I don’t have grandchildren yet, so I can’t say for sure, but I’m betting they don’t.
I grew up hoping to marry one day, but never truly expected it because while everyone else seemed to be lucky in love, I wasn’t. I had a boyfriend named John in kindergarten—or so my grandmother told me—and then I fell in love with Billy in the third grade. Where John wound up I have no idea, but Billy moved to Dayton, Ohio before we started the fourth grade. After that, I had crushes on all sorts of actors and singers, none of whom could’ve been the answer to my dreams, but they wouldn’t move away from me, either. Although a few boys seemed interested, it was never mutual. I tended to set my sights on those who were already taken, or who were as unattainable as Steve, the captain of the football team. 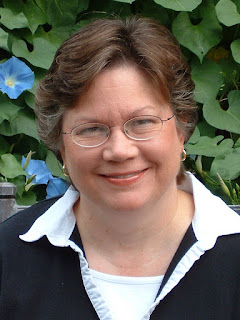 Steve was, in a word, gorgeous. Athletic and handsome, he was even a good student—and, as luck would have it, at least four years my senior. I mooned over him for most of my early high school days, and though he was a fine hero to worship, after he graduated, I never saw him again. Several other boys caught my eye after that, but none of them were quite as fine as Steve. Too bad he never knew I was alive. He’d be surprised to discover that I based a villain on him in one of my early attempts at novel writing. You know what they say about a woman scorned…
I had two dates in high school. The first involved being asked to the prom two days before the event by a guy who was not on my “to date” list. Not surprisingly, neither of us could get outfitted for the prom that quickly, so we went out for pizza and a movie. End of relationship. The second date was to a graduation party. I’d been to the Indianapolis 500 with my father that day, and he drove us home to Louisville in record time, only to find that my date had already stood me up. Later on, my father would recount the event with the comment that “If she’d gotten hold of him, she’d have killed him. And I would’ve helped her.”
Perhaps I was unlucky in love because I was too serious. Thinking that my intelligence was all I had going for me, I paid attention in school, studied hard, and made good grades. Nursing school was no different, but living in a dorm with a bunch of nursing students opened me up to what it meant to do stupid, silly stuff, and actually have fun. Was I lucky in love then? Not at all. In fact, I went through all three years without a single, solitary date. Holding at the best weight of my life, I was twenty years old when I graduated. I got a staff position in a hospital immediately, but even with a promising career ahead of me, I was still unlucky in love.

But a funny thing happened after I started that first job. I was on orientation for several weeks, and then I started working the night shift. I had already met one of the night orderlies—an aging, rather colorless fellow who was more tolerated than appreciated—but then one night in August, I was sitting at the desk when a handsome, dark-haired young man with broad shoulders and a terrific smile leaned over the desk and asked if we needed help with anything.


Having been an avid boy-watcher all my life, needless to say, this one captured my attention. I wasn’t alone, either. Practically every female staff member from the young aides to the older nurses was already smitten with the likeable college student. I had competition and a rotten track record with men, yet there were those who insisted we were made for one another. Strangely enough, for the first time, I knew I wouldn’t be content to simply gaze at him adoringly from afar, but was determined to make something happen. Incredible as it now seems, I actually flirted with him. 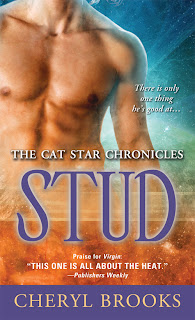 Being near him affected me in ways I could never have predicted. I felt happier, more alive. Although there was certainly a strong sexual attraction, I actually liked him. I’d never met a man who aroused so many different emotions in me. Bud, however, had it all, and when he asked me to a party at his sister’s house, needless to say, I accepted. I remember it like it was yesterday, he had just gotten on the elevator to go help out on another floor when he asked me to the party, and the door kept trying to close on him. When I finally agreed, he let the door close. Can anyone say cha-ching????
This May, we’ll celebrate our thirty-third anniversary. We have two terrific sons, aged 25 and 22. Although we haven’t always seen eye to eye, nor have we been madly in love during all of that time, the commitment to the commitment has kept us together through some tough times.
So, have I been lucky in love? I believe so. After all, when it comes to love, you only have to be lucky once.


To celebrate Lucky in Love week, I’m giving away a signed copy of my latest book, The Cat Star Chronicles: Stud. Post a comment* for your chance to win, and I’ll send the book to the winner—anywhere in the world!

*For the sake of making this easy for you to enter and the winner to be selected please leave your comment but use the Rafflecopter form to enter, only comments noted in the Rafflecopter widget will count.

Cheryl,
I can't believe it. We're like peas from the same pod. You wrote my story. But my high-school crush was the captain of the basketball team. His name was Jim. Tall, dark crew cut, filled his shorts just sooooooh. Thanks for writing your stories. I've already read and enjoyed STUD and own my own copy and won one too!! And live with my Stud. He was my first Prom date. The Prom Center Dance Club.

Hi Donna!
I think there are a lot of us with similar stories, and not all of them have a happy ending. Glad yours was one of the good ones!

Love your love story, Cheryl. I met Husband while I was a senior in high school and he'd just graduated from engineering school. His best friend brought him to meet my older sister--I guess that didn't work out so well. But we celebrate 39 years of marriage in June, so I'm not complaining! Rather I'm feeling very lucky in love!

That's an even better story, Nan! You just never know when you'll find the right one, do you? Thanks for dropping by!

Love your stories, Cheryl. My husband and I were high school sweethearts. We had some time apart during our crazy wild college years and then got back together. I guess you could say that we both feel lucky with love since we found each other again and have been happily married now for 11 years. :0*

Glad you found each other again, Noelle and are living your happily ever after!

oh i didnt know it was over :( oh well. im adding it to my to read list. I looks like a great book and i still can't wait to read it.

Sorry you missed the chance to win it, Loretta, but I hope you enjoy it anyway!

Your story gives me hope! I'm still waiting for that kind of relationship. Thanks for the giveaway!