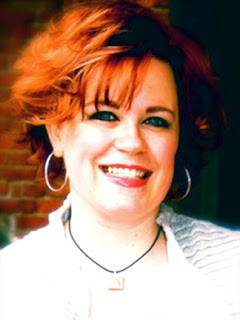 Hi, Brooke Moss here, author of The What If Guy, which is available from Entangled Publishing.

My main character, single mom Autumn Cole, is moving from the hustle and bustle of Seattle, to the tiny farming town of her youth, Fairfield, Washington. She isn’t especially pleased about this move, at first. But things change, and become infinitely more complicated once she gets there, as you can see in her journal entries I dug up the other day…


Dear Diary:
Elliott won’t speak to me. We packed up the car this afternoon, and leave first thing in the morning, so I’m preparing myself for a long, silent ride tomorrow. I wish I could make him understand. It’s not like I want to be moving to the middle of nowhere, either. But I haven’t found work yet, the bills are piling up, and I am out of money. There’s nothing left for me to do, but move back home. I keep telling Elliott that this is temporary, but he doesn’t care. All he knows is he is moving away from everything and everyone he knows, and it’s my fault for losing my job.

I feel so guilty. I wish we didn’t have to go. My dad needs us there, and I wish I could have a better attitude about it. But I’m struggling. I wish I understood what is wrong with my dad. He’s sick, but I don’t know with what, and he’s certainly not offering me any information. I wouldn’t even know he’d been hospitalized, had Smartie not called me.

I’ve got to get some sleep; it’s a long drive tomorrow. I hope Elliott forgives me. My heart is breaking for the poor kid.

Dear Diary:
This town is exactly how I left it when I was eighteen years old. Seriously, it’s like time stops once you cross the city limits. Nothing has changed. The Fisk’s are still desperate for gossip, and my dad is still spending his nights in Smartie’s bar. I feel as desperate and resentful as I did when I left this place after graduation…only this time I’ve got no money to leave.

My dad was tanked. Elliott’s first day here in Fairfield and he was drunk. Poor kid. He doesn’t even remember his grandpa, and this is the first impression he gets? My dad looks terrible. It’s clear that he is way sicker than I ever expected. He looks like hell, and it makes my stomach turn. He’s a skinny, gangly version of the man he was when I was a kid. I have to find out what is wrong with him. If I’m here, I’d like to help him get better. It’s the least I can do.

I think God is playing a cruel joke on me. I’ve ticked off the big guy one too many times, and now I am being punished…

I saw him. Henry Tobler was Elliott’s teacher! Of all the people, in all the places, it was Henry-freakin’-Tobler in Palouse Plains junior high today. How on earth did the love of my life, the guy I let slip through my hands, my “what if guy” wind up in Fairfield, Washington!?

Oh, Lord, he looked good. He really did. And there was a moment, right before I smashed his nose in with an encyclopedia, when a little spark ignited between us. Or, at least I think there was. Of course, it could have been passion coming from me, and some serious anger coming from him. But who’s counting, right?

I’m taking this as a sign. I need to brush myself off, put on my big girl pants, and make this work. Maybe Henry is here in Fairfield because fate wanted to bring us back together. Maybe this is fate’s way of giving us a second chance?

I don’t know what it is…but I’m sure as hell going to find out.

Thanks for letting me share a glimpse into Autumn’s world. I am so excited to share my debut novel, The What If Guy, with each of you. I hope you’ll all read it, and tell me what you think! A special thanks goes to Entangled Publishing for all of their awesome prizes and giveaways they’ve provided for my blog tour.

Pick up a copy of Brooke's book:

LOVED it. It's one of those books you can't get enough of.