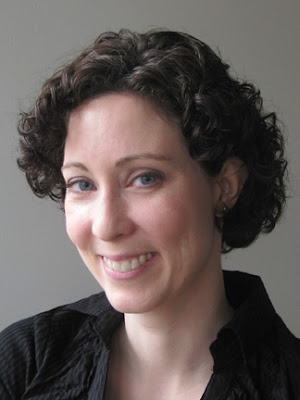 Congratulations on your amazing debut Melanie and welcome to RhiReading!

So wow, your book, WARD AGAINST DEATH, has already hit #2 on Amazon Canada's bestseller list! That's pretty awesome. Did you do anything special to celebrate your book's birthday?


Thank you Rhianna for inviting me to be here today. I was so excited to see Ward Against Death on a list! I went to check if my family could pick it up through the .ca site and wow, there it was. For a celebration, my hubby and I got together with a few close friends. It was wonderfully low key, just my style.


WARD AGAINST DEATH is quite the complex tale. A young would-be-physician forced to fall back on his family's tradition of necromancy gets tangled up in all sorts of trouble when he is called upon to wake the lovely daughter of an aristocrat who happens to be in the kingpin of organized crime. Not to mention that the daughter, Celia, is an assassin... or that Ward is already a wanted man for grave robbery and practicing surgery! Is there anything you didn't throw at poor Ward? Hmmm, I don't remember any ninjas. ;) I think most readers want to know... where did you get all of these great ideas and what challenges did you face stitching them together (pun totally intended)?


Ninjas! What a great idea, maybe I can work a few into the next books. I love a good story complication. I get my ideas for everywhere. Someone mentions something, I read a book/newspaper, or I see something in a movie or on TV and it sparks an idea. Then I take that idea and see if it will work in the book. Sometimes it does and sometimes it doesn’t (it’s hard, but sometimes you just have to toss a brilliant idea or save it for the next book). The biggest challenge, once I’ve decided the idea will work, is making it feel significant instead of just being a random complication. I try to do this by giving it enough “book time” to develop it, which often involves some plotting before, during, and/or after the first draft to ensure it has a big enough presence. If it doesn’t there’s a risk it won’t feel important and the reader will be left thinking the plot isn’t wrapped up.


Until I became interested in WARD AGAINST DEATH I had never actually had anyone discuss or make a distinction between Young Adult, Upper YA and New Adult fiction. I was actually really pleased that someone had finally made a distinction I could use as a reviewer but for the sake of sharing with my readers could you explain to us how your book fits into the latter categories?


My editor explained the distinctions really well on Entangled Publishing's blog. Ward Against Death is a New Adult. Both the hero and heroine are twenty years old, they’re out of school (if there was a regular school system in my world) and are just starting to establish themselves as independent adults. Ward has moved away from home and is working on becoming a recognized necromancer, while Celia (who’s still living at home) is starting to become an up and coming star in her field. They’re both in that in-between teen and adult stage where they may still have the teen uncertainly about who they are, but now are in the adult world, making decisions without the safety net of family.


The next novel in the CHRONICLES OF A RELUCTANT NECROMANCER series is slated for release this December and you're hard at work on the third installment. Do you have a rough idea of how many books we can expect in the series and any hints at what adventures are in store for Ward and Celia?

I’m aiming for a four book series, and Ward and Celia will delve deeper into the dark side of necromancy.


As an actress in local productions I'm sure you can appreciate the frequently asked question about a dream cast for WARD AGAINST DEATH if it were being made into a film but I'd rather ask something different. If you were faced with the hypothetical film situation which artists or specific songs would be on your dream soundtrack?


Wow, that’s a tough question. I have some pretty eclectic tastes in music from Mozart to Billy Talent and tend to enjoy where is on, on whatever station so happens to be playing (my writing playlist has Video Killed the Radio Star by the Buggles and Johnny Cash’s Nine Inch Nails cover of Hurt). I do know I’d love for Two Steps From Hell to do the trailer. From what I can tell, their music is written for commercial purposes like movies trailers and is strong and dynamic and evokes emotions.


One of the stories I was thinking of using when suggesting WARD AGAINST DEATH to other readers is Maria V. Snyder's Poison Study. That she actually did a quote for your book just completely solidifies my recommendation. :) When you're not working on your own fiction what do you like to read?


I love Maria’s books and I was so thrilled when she’d agreed to read my book for a cover quote. I also love Guy Gavriel Kay and Patricia McKillip for their prose, and Barbara Hambly and Michelle Sagara for their stories.


Before we close this little QandA is there anything special or interesting you'd like to share with readers that an interviewer hasn't asked you yet?


I’ve been asked a lot of interesting questions so I’ll share a unusual fact: I have a four foot long stuffed crocodile puppet in my living room. Croc. He’s been in two theatrical productions so far and I anticipate a long and successful career for him.


Thanks so much for answering my crazy queries and best wishes for the continued success of WARD AGAINST DEATH!

Thanks Rhianna. It was great chatting with you.

Now for the giveaway! Let's keep it simple eh?

Melanie's awesome publicist Danielle has hooked me up with one e-book copy of WARD AGAINST DEATH that I can give away to one of my readers.

To enter I want you to pop over to Entangled Publishing's website and check out their offerings then leave a comment telling me which book (or books) they've published (or that's coming soon) that you'd most like to read.

You do NOT have to be a follower, though I would love you to be, but please make sure you include your contact email in your comment. Entries without an email address I can contact you at will be excluded from the giveaway.

This giveaway only runs 24 hours from the time this post goes up but is open internationally!
Posted by Rhianna at 8/17/2011

Well aside from Ward Against Death. I want to read Break Out, Blood of the Demon, Night Walker, Luck of the Devil, The Marked Son, Hellsbane to name a few. They have so many good titles coming out.

bacchus76 at myself dot com

This one sounds interesting and I have my eye on Nightwalker as well.

@ Donnas: I find it so hard to pick from my fellow authors' books, too. They all look great.