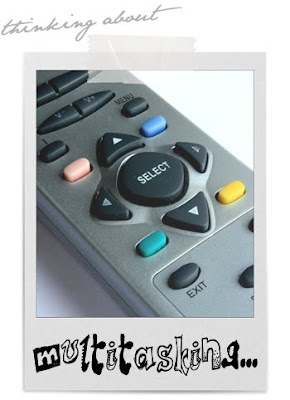 This week's new show to check out is Syfy's Alphas. Honestly I don't know much about it. Humans with supernatural abilities was the jist of what I was getting based on the teasers and trailers popping up. I'm not personally really woohoo about it but I think I'm gonna check it out while trying to pack the kids' bags for our trip tonight. If you watch it drop me a comment about whether you think it's a show worthy of TV Mondays.

Since I have no idea if my fam has cable or HBO even I may have to play catch-up next week when I get home. It'd probably be kinda uncool to demand an hour of TV when my trip has to be so short anyway. ;) Dang it's gonna be hard waiting to see what comes next on TB though. Augh!

And on that note here is the schedule for the week...

Monday: Alphas on Syfy and Teen Wolf on MTV
Tuesday: Pretty Little Liars and The Nine Lives of Chloe King on ABC Family
Sunday: True Blood on HBO and Falling Skies on TNT


Alphas
Season 1, Episode 1
"Pilot"
Ominous messages steer a man to a building's rooftop, where he executes an improbable shooting in the opener of the series following a team of people with extraordinary abilities who investigate crimes linked to others like them. (synopsis via TVguide.com)

Teen Wolf - MTV Shows
Teen Wolf
Season 1, Episode 7
"Night School"
The gang gets trapped in the high school overnight, and they're under the threat of attack from a powerful werewolf, who's trying to get in. (synopsis via TVguide.com)

Pretty Little Liars
Season 2, Episode 5
"The Devil You Know"
Spencer unexpectedly finds her parents in her corner. Meanwhile, Hanna gains insight into Caleb when his foster mom shows up; Aria and Ezra adjust to going public with their relationship; and Emily is certain that danger still looms for her and her pals. (synopsis via TVguide.com)

The Nine Lives of Chloe King
Season 1, Episode 5
"Girls Night Out"
Chloe hangs out with two South American Mai girls and learns their outlook differs vastly from hers. Meanwhile, Brian is upset that Whitley's forcing him to go back to college; and Paul follows Chloe's words of wisdom on romance. (synopsis via TVguide.com)

Ep. 40 Preview
True Blood
Season 4, Episode 4
"I'm Alive and On Fire"
Alcide joins Sookie in her search for Eric; Marnie needs help breaking a spell; Bill finds something in common with the Bellefleurs; Jason pleads for his freedom from Hotshot; Sam tries to learn more about Luna; Tommy gets back to his roots. (synopsis via TVguide.com)


*facepalm* Yet again there's no sneak peak up for next weekend's Falling Skies episode. Check their website for it later this week if you desire.
Falling Skies
Season 1, Episode 5
"Sanctuary Pt. 1"
Part 1 of 2. Another resistance leader appears at the camp, sounding an alert that the aliens will soon attack and offering to take the children to safe shelter. With time running out, Tom and the others must weigh his proposal. (synopsis via TVguide.com)
Posted by Rhianna at 7/11/2011

It's strange that I seemed to have moved away from genre TV even though I'm a fan. I think one of the only genre shows I watch is Warehouse 13, which is very much genre-lite. I'm more than a season behind True Blood, haven't watched Falling Skies or Game of Thrones. What's happened to me? LOL.

Oh well, I'll eventually get back to my roots.

There's nothing wrong with that at all Spaz. Honestly... I post Teen Wolf every Monday but I've never sat down and watched more than half an episode since the first. It's just not catching my interest even though I really wanted it to.

I find it difficult to tune in during the Summer months anyway. Our winters are LONG and DARK and FRIGID so TV during that time frame works much better 'cause there's less to do outside in the evening hours.

What I really love though is marathoning an older show that's new to me. Grab a couple of seasons and just spend a weekend being kinda lazy watching a bunch of episodes.