The Nine Paths to Chloe King: The Seventh Path 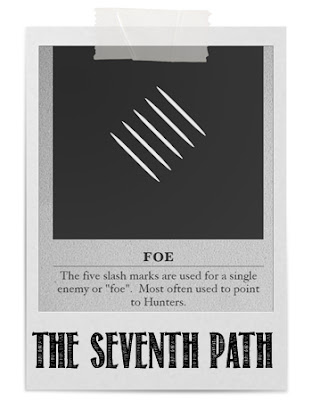 Only 6 days before the premiere of The Nine Lives of Chloe King on ABC Family. Are you as excited as I am? 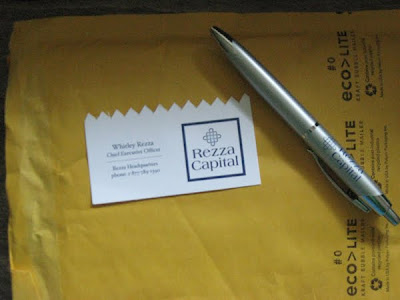 This morning's clue (yes, FedEx dude we're sure seeing a lot of each other eh? lol) was a pen and business card.

The Prophecy tells us, "By the end of the Seventh Path the Circle will be prepared to see the face of The Uniter's greatest Foe."

After the Sixth Path I think we're all pretty familiar with this Rezza character as someone who wants Chloe King eliminated. A dangerous Foe indeed. But who is he and what can we learn about him? 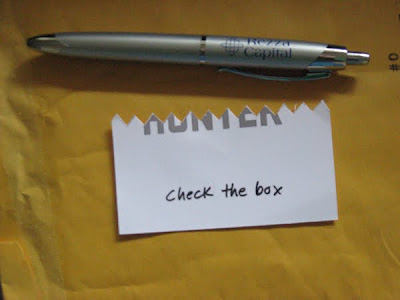 Time to dig into our game box once more for a clue. The envelope containing the adoption letter had a funky edge like on the business card. 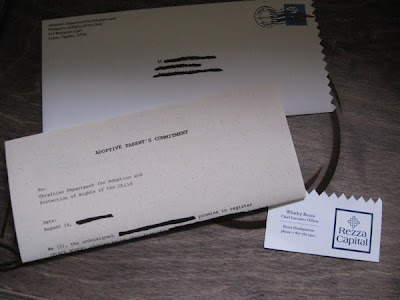 Sure enough they match up and form the word 'Hunter' which we Circles used to unlock a special media folder on our MaiPad. 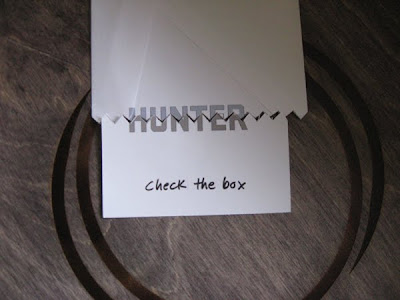 The folder contained a video. A video that clearly shows us the face of Whitley Rezza, Chloe's greatest foe... just as the Nine Paths Prophecy predicted! 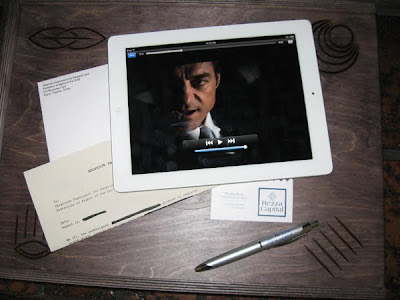 For you Circles following along on the game site you just need to enter 'whitleyrezza' as the password for the pen and you'll get to see the following video. Note the nasty scratches on Rezza's henchman's cheek. ;)

P.S. -- If you still haven't claimed your Chloe King 'Danger' symbol t-shirt hurry and do so before they're all gone! Just type 'threat' in the Enter Code field & press submit.

NO PURCHASE NECESSARY. Open only to persons who are, as of entry, 18 years of age or older, legal residents of, and physically located within, the 50 United States or D.C. and who are bloggers or journalists specifically invited to participate by Sponsor. Starts May 24, 2011 once game boxes are received and ends on June 14, 2011 at 11:59:59 PM PDT. Void where prohibited. Click here for Official Rules Terms and Conditions and complete entry and prize details.
Posted by Rhianna at 6/08/2011