The Nine Paths to Chloe King: The Fourth Path 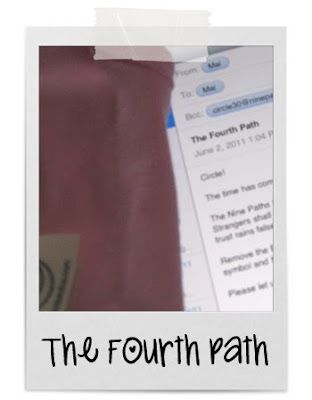 It's that time again guys... time for another #NinePaths quest! This afternoon the Fourth Path was opened. Another part of the Nine Paths Prophecy has been revealed.

“The Fourth Path will be a time of awakening. The Circle of Strangers shall face the greatest of unknowns: Those whose trust grows truly and those whose trust rains false.”

Our Mai contact instructed us to remove the baby bib from our box. When I first received mine it was one of the first items that caught my attention. Probably because I have a girl tot and it looks like something I would buy for her. (Kudos to whomever did the bib for this promo, this is 100% organic cotton, ver-ay nice!) 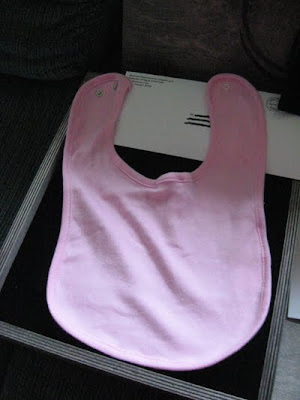 I'd noticed the symbol on the tag immediately when I pulled it from my box (these two photos are from the day our boxes came) and snapped pictures because I was sure it'd be important. 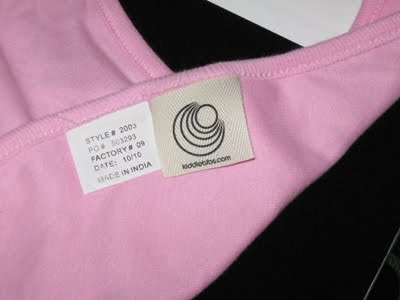 The symbol on the tag is the Mai heiroglyph for Trust. With it was the web address kiddiebibs.com. Pretty straightforward there. 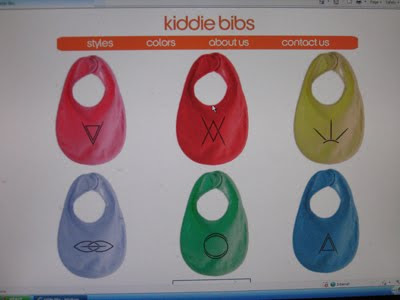 The site looks pretty realistic save for the fact you can't actually click any of the menu options. Note the different colored bibs featuring Mai symbols. Pink/Girl, Red/Friend, Yellow/Good, Lavender/Love, Green/Uniter and Blue/Boy.

Once you scroll down below the bibs there is a Vendor Code option. In my naturally overanalytical way I just completely blew past the option glaring me right in the face and assumed I needed to enter numbers. Codes make me think numbers because I'm lame that way. lol Here's what happens when you enter the wrong password: 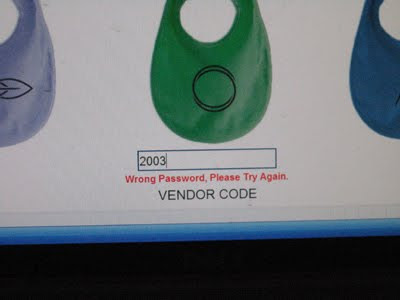 I feel justified in my mistake because I was in the midst of trying to get the aforementioned toddler down for her nap while working on this and my hubs was jumping all over it wanting to solve it for me... and that would just well...

After trying a few of the numbers from the tag and the obvious 061411 the hubs asked, "who says it has to be numbers?". Cheeky brat. :P

But we're not married for nothing and even though he doesn't watch PLL with me he's always asking me what's happening on it... so he can always be counted on to support my enthusiasm.

Once he said that I did a quick *head/desk*, typed "trust" where the Vendor Code was needed and got the results I was looking for. Success!

A video! Oooh is that Chloe? 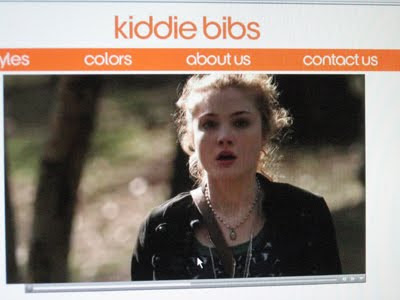 Eep! Someone's after her. Who could that be? 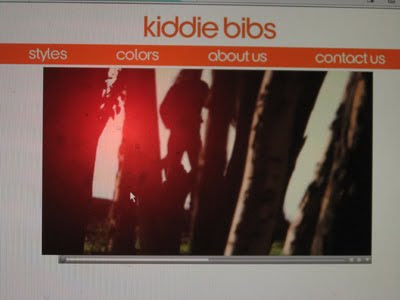 And where is she running to? Could this be a clue too? Well darn. I was pretty sure this was coming. Trouble is most assuredly looking for Chloe King. 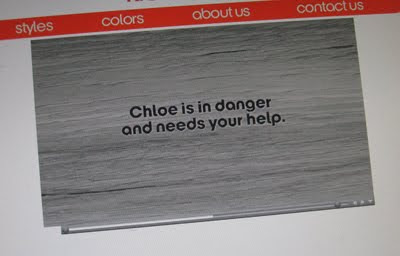 Head on over to kiddiebibs.com, type "trust" into the Vendor Code area and watch the video for yourself if you'd like to see the video yourself.

So now we know that Chloe is not only The Uniter, but also that someone dangerous is after her. Hopefully the Fifth Path will give us an idea of who and what we can do to help the Mai protect her eh? -- Rhi


P.S. - How do you like the quick recolor I did on the blog? Figured I'd make it a golden yellowy-orange color to match The Nine Lives of Chloe King stuff at least until the premiere. ;)
Posted by Rhianna at 6/02/2011