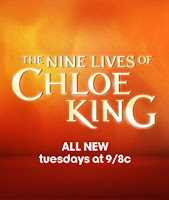 Okie so I'm totally trying to type on my MaiPad from the Nine Paths game while watching the Nine Lives of Chloe King premiere but the touchscreen thing makes me feel like I have ham hands. LOL

So I hope y'all are watchin' too. I'm definitely digging the show so far...

Well I had the best intentions of getting the rest of that post written and posted last night but after the show ended it was already 11PM and my kids were all still up. Seriously! The tot goes to bed around 8PM and usually falls asleep within the hour but last night I was up with her until after midnight. It was a really bad day all around before Pretty Little Liars and The Nine Lives of Chloe King. I can't even get into the details but suffice it to say I am still exhausted from the stress. If it weren't for getting my PLL fix and enjoying the newness of 9LoCK I'd have been one grumpy lady last night.

Fortunately today is a new day—a clean slate!—and my tweens are grounded so keeping them out of trouble will be a much easier job today. ;)

Anywho... so 9LoCK... who watched? I was surprised to find Twitter pretty quiet during the show even though I was on the West Coast time. Totally expected the East Coasters to be abuzz. I'll admit it was difficult not to be tempted to spam a play-by-play. 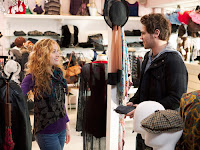 Overall I was pretty impressed with the pilot. One thing I don't really get into here on the book blog is how much of a geek I am for the parts that make a whole in film/tv. From set dressing and costuming to dialog and even stupid things like camera angles. In another life I think I would have ended up in the industry based on my passion for it. I doubt many other viewers were paying as close attention to Chloe's bedroom wall or some of the editing choices. 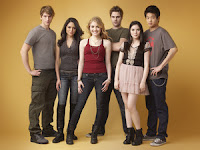 I'm exceptionally pleased with the casting. The guys and gals making this cast up felt very authentic. Obviously I was familiar with Skyler Samuels (Chloe) from attempting to get into The Gates last summer and any Trubie worth their salt remembers Grey Damon's (Brian) jerky jock Kitch Maynard. I honestly wasn't sure what to expect from most of the cast but some of the dialog and action was so... big is the only word I can think for it... and it flowed along naturally. In spite of sitting there analyzing it with this blog post in mind I felt like I was seeing characters and not actors playing characters which for me is highly important and one of the reasons I LOVE 9LoCK's sister show, PLL.

Now, as far as the plot goes, there were a couple of twists there I wasn't expecting and the big one I totally was... yep, I had it right! Unless you've watched the episode already it's a little spoilery. I'll let you decide for yourself though... 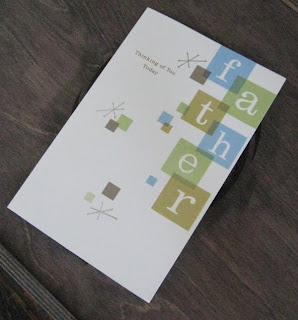 ...the final item in my game box (I noticed other bloggers had different versions and some had a baby shoe instead of a Father's Day card) was a Father's day card from Brian, Chloe's crush, to his dad. The episode last night gave us some insight into who his dad is. 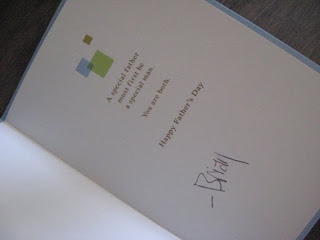 Way to monkeywrench the situation eh? ;)

Well lovelies, I'm still yawning 3 cups o' coffee into my morning and I have so much to catch up on today. Hope you caught the episode last night but if you didn't head on over to ABC Family and watch Pilot and if you're an iTunes user snag the it for FREE for a limited time! Then check back next week and we can dish some more. Don't forget to vote in the group read poll for the collected trilogy of Chloe King books while you're here! -- Rhi
Posted by Rhianna at 6/14/2011