The Nine Paths to Chloe King: The Second Path 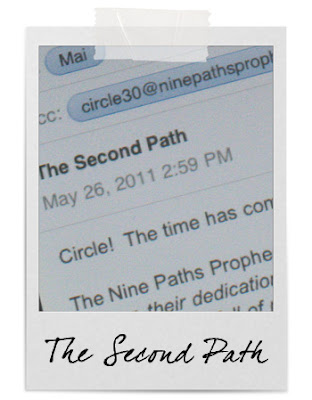 It's Second Path time my fellow Circle of Strangers members!

The Mai have sent me our next clue. 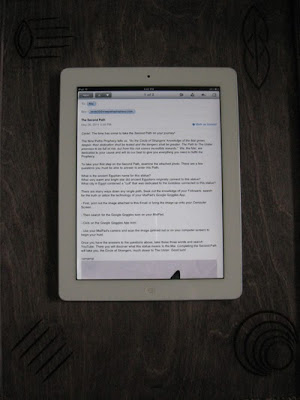 According to the Nine Paths Prophecy, “As the Circle of Strangers’ knowledge of the Mai grows deeper, their dedication shall be tested and the dangers shall be greater. The Path to The Uniter promises to be full of risk, but from this risk comes incredible rewards.”

Let's prove we have what it takes eh?

They sent me a photo of a statue and information on the ways to find out what we're searching for. 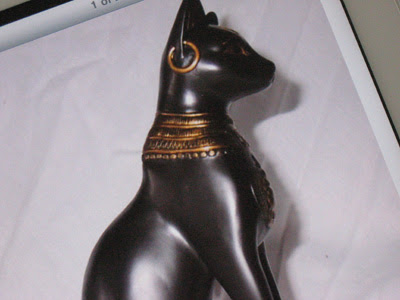 What is the ancient Egyptian name for this statue?

I'm actually a mythology geek so I knew this was a statue of Bastet.

What very warm and bright star did ancient Egyptians originally connect to this statue?

I was pretty sure that the only possible 'warm and bright star' this could be is the Sun, which features heavily in Egyptian mythology.

What city in Egypt contained a "cult" that was dedicated to the Goddess connected to this statue?

Looking up Bastet via Google turned up a few useful results including more pictures of similar statuary as well as the Wikipedia page where I turned up the answer to this clue, Bubastis, a very fitting name.

Once we Circles have our answers we were told to search the three terms in YouTube to 'discover what this statue means to the Mai'.

Now here is that video to share with you! 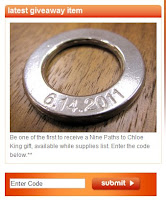 What will The Third Path bring?
Stay tuned by following me on Twitter watching for the #NinePaths and don't forget that you can play along at ABC Family's The Nine Paths to Chloe King page.

If you haven't seen The First Path or claimed your Circle token yet, hop on over to the game site, find the giveaway box on the lower righthand side (as shown in this picture) and enter 'Circle' while supplies last. -- Rhi
Posted by Rhianna at 5/26/2011

Whooo hooo! Just went through the second path online, went through all of the steps and figured it out, I love this game!

Me too Nina! Not only has it been awesome getting to be one of the Circle and the perks that come with it but meeting some new bloggers has been a bonus!

Thank you for the comment on my giveaway!! :) the series is great!! goodluck! :)

:) You're very welcome and thanks for dropping by Jena!