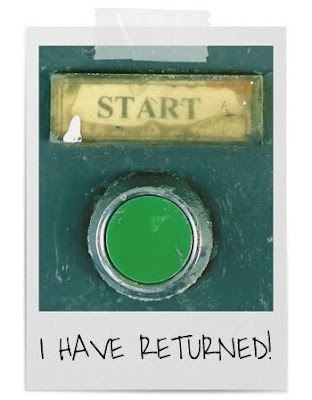 I'm back pretties! Or as back as I can really be. I've begun to think I'm not that consequential around the blogosphere so if anyone even noted my absence I 'spose that makes me super happy. Mostly I just haven't kept up with reading any of my blogroll or much book news. I'm sure I missed a bunch of cool stuff. Right, right? So who has cool stuff happenin' upon their blog?

I'm not doing a giveaway for it—too much RL stuff happening to afford shipping or a GC for it this month—but next week is the Lucky Leprechaun Giveaway Hop. Mark your calender 'cause if it's anything like the last one Kathy hosted it'll be filled with awesomesauce giveaways AND tons of great book blogs. And speaking of St. Pat's... anyone have anything fun planned? I was debating whipping up a batch of Irish Car Bomb Cupcakes

(not that specific recipe but that'll give you the general idea) but I'm heading back to the gym tonight after 3 weeks away for recovery and somehow filling up on buttercream and booze seems counterproductive. LOL I think I'll put aside my other reading for the day and pick up The Mammoth Book of Irish Romance

again and watch The Boondock Saints

. My paternal grandfather was a fullblooded Irishman and though he was American born—and I believe both his parents were too—the holiday was always a good excuse to flaunt our pride for our heritage.

This weekend I had hoped to spend Saturday afternoon at the movies with my MIL. How could we not make a noble attempt at trying to see Jane Eyre? I spent a very large part of the summer before I turned 16 immersed in that damned book. I have a real love-hate thing for it. I know a lot of the movie nerds have been unhappy with Michael Fassbender being cast as Mr. Rochester but while I always saw Rochester as considerably older looking I think he could pull off the almost bipolar-broodiness that I was drawn to in the character. Alas, my husband has been called back to work a day early because someone had a family emergency so we've had to can the plans.
If any of you happen to get out and see it drop by and let me know what you thought. Was it gloomy and dark enough? That was one of the things I loved most about it as a teenager. Gothic romance will forever be a sort of guilty pleasure for me.

As to my weekend reading... bleh! I'd hoped to get caught up on the Mercy Thompson series this month but I still am slogging my way through the last Kim Harrison book I started. I have also come to a conclusion regarding The Hollows series. At this point I am only reading it for Jenks. I've hated Ivy from book 1. I can't figure out if I like or loathe Trent, he keeps kind of shifting personalities. Now it seems like there have been a lot of throw-away characters introduced that are kind of like grease. They're greasing the wheels to move the story along (ie. Marshall) and then as soon as they're no longer greasing they're shown the exit. It's also begun to seem like there's an awful lot of redundant paragraphs rehashing the same old shit for the 100th time. It's tedious reading if I'm fully honest. Don't ya hate when a series you've previously enjoyed falls into that? Or worse, when it becomes too formulaic so you always know what's coming next?

I'm trying to finish the last two disks of Zombies vs. Unicorns

which is really enjoyable as an audiobook. I wish they weren't quite so expensive because I am starting to love being able to listen to a book while doing other things like playing World of Warcraft or folding and hanging laundry. Any of you readers out there have any audio selections they particularly loved? A good friend of mine—one of the ones who was in on my Kindle Christmas gift—has eye issues that make reading exhausting so he loves audiobooks and I'm always in the market for suggestions he might dig. He liked the Fever series and The Hollows but didn't take my Black Dagger Brotherhood suggestion well. Apparently guys really can't stand the term "shit kickers" being used so frequently. LMAO

. I am such a sucker for space centered scifi that's pretty much an excuse for hot alien sex. There's a certain hint of Cheryl Brooks' Zetithians series in this one so fans of them should check it out. I will definitely be looking at more titles from Anderson, she writes a pretty sexy smut scene even if I don't dig certain types of it myself. 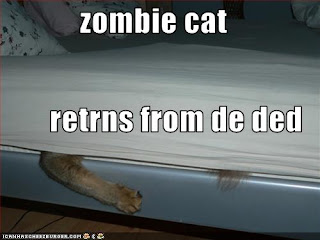 Other than that I dunno what I'm picking up next. The big plan is to thin my Patricia Briggs stack but I'm actually kind of scared. It seems like every time a series I love switches to hardbacks it's all downhill from there. Anyone who has kept up from Bone Crossed on care to weigh in without going spoilery?

Anywho, y'all have a terrific weekend. I'm still a bit blah and it'll probably take the rest of the month to get back to normal posting and keeping up with the blogosphere but that's life eh? :) I'm back and that's what matters. -- Rhi
Posted by Rhianna at 3/11/2011