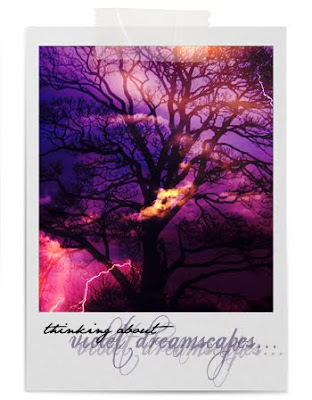 Mmmm, Friday. Most Fridays I groan at the thought of sitting down to write about reading. Mostly I just hate how rambling I think I sound. :P

Lots of interesting stuff happened this week. My hubby and kids did a good job on birthday giftage in the end. They hit up Amazon for some craft/cook books for me. Woot! One of which is the awesome Witch Craft: Wicked Accessories, Creepy-Cute Toys, Magical Treats, and More! one I have been dying to get! I will review it for the blog once I've had a chance to get some supplies and actually make something from it. Promise! Another was the book Who You Callin' Cupcake: 75 In-Your-Face Recipes that Reinvent the Cupcake—and shit that reminds me! I need to review Zombie Cupcakes: From the Grave to the Table with 16 Cupcake Corpses which I was less than impressed with, sadly. I admit I let myself be distracted by crafty/cooky reading a couple of times this week. I'm a horrid cook and crafter but I loooove both when I have time and supplies. :) Any of you have a favorite cookbook or craftbook?

I finished In Enemy Hands last night and was more than a little dissappointed with it. It wasn't what I expected overall and I did enjoy it but the ending was a let down. Expect a review sometime next week. I'm working on Mob Rules again and have to say I agree with the reviews I read that made me decide to read it... it is superb! I love the character's voice. There's a certain bent to it that does make it obvious that the main character is a woman written by a man but it works. Domino is fast becoming a favorite of mine. Good thing the second book comes out next May!

In actual book-in-hands reading this weekend I am trying to get finished with The Iron Duke. Ever read a book you find you read slowly not because it sucks but because you're savoring every word? This is one of those. I wanted my review to be up by the end of October and instead I'm lingering over each page. Bad Rhianna! >:) Then there's Gideon. Oh, Gideon my blue-maned liar. My favorite Lord of the Underworld. *sigh* I'm trying not to do the same thing with his book, The Darkest Lie, but damnit! I'm both anxious for him to win over his heroine and kind of sad his book is here 'cause I dunno who I will get to be excited about now that he's done. *pout* 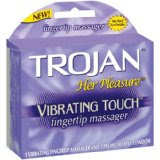 Well... talk about weird. My husband came into my office (aka the laundry room) and I was rubbing my forehead thinking and he knows I have a headache and I told him not to bug me. "I'm writing my Friday blog post"... and he said I should write about the Trojan Vibrating Touch... he thinks I won't do it. Guess what honey? You bought the little massager thingy when we were grocery shopping and when we tried it out I believe saying "it earned a standing O-vation" is fair. Didn't think a woman who blogs about erotica and romance books has the balls...errr, nerve... to write about a sex toy babe? You don't know your wife that well do you? :P Uhm, so I suppose I should say that it was a nice little gifty non-gift I would recommend as a stocking stuffer this coming holiday season. Ha!

Alright my dear readers, I didn't have time to look over my blog roll and I am wrecked tired after this busy week. I have some other things I need to do online before going to bed and curling up with Gideon... errr, the hubs... yes, Mr. RhiReading, not a fictional warrior. Hmmm, tomorrow is my bi-monthly spa day, maybe I should take my Ramona Flowers (OMG loved Scott Pilgrim vs. the World!!!!) crayon color hair temptation into literal places tomorrow, pink, green, red? Gideon's blue? I can't even repeat my husband's comment on it in type without blushing, all I can say is he wants me to do it more than I want to do it. *giggles* Anywho, drop by and tell me what you're reading this weekend! -- Rhi
Posted by Rhianna at 11/12/2010