We're lucky the right to read hasn't been taken from us... 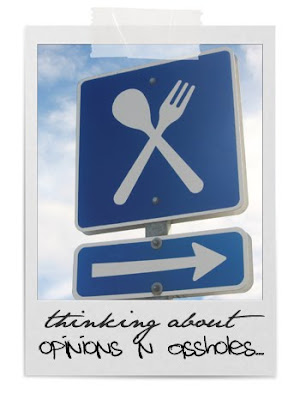 Can you fricking believe this? My son came home from school yesterday afternoon and the following conversation ensued.

SON: Mom, I need you to write a note for Miss P. (the school librarian)

SON: Because I wanted to re-checkout The Hunger Games and she said I had to have a note from you saying it's okay.

ME: *eyebrow raised* Why?

SON: Because it has cannibalism.

ME: WHAT!?! NO IT DOESN'T! I'm almost finished and there is no cannibalism. *thinks* Well, Katniss briefly mentions it happening in past Games but there's no actual cannibalism. WTF?

ME: OkiefineI'llcallherrightnow! *peeved muttering as I pick up the phone*

And so with a sigh and a bad temper I left Miss P. a message about it. I wasn't nasty or anything because I know her, she's cool and I was pretty darned sure she wasn't doing this to upset us. Since I was gonna be in the library this morning anyway I wasn't worried about us discussing it and the situation being resolved.

Sure enough, we had a good chat about it and I practically cried out of frustration. Why? Because some parent who obviously hasn't read the damned book whined about it having cannibalism in it so now Miss P. has to cover her ass by getting parent permission about it... and it isn't the only book this has happened to. Absolute horse shit. I just want to throw up both middle fingers and tell those parents that if they don't want their kids reading these books to not let them but don't ruin it for mine! Don't go whining to the schools and their librarians causing my child to be put in this situation. No one should be telling my kid what he can and can't read except me... and okay, his dad can throw in his two bits too. :P

My son hates reading. Since he found out I was reading The Hunger Games he actually was trying to read it. He even had Catching Fire to check out too. The most anger inducing part of this is that the parent or parents who have complained about this don't know what they did to my son. He doesn't enjoy reading very much so when he finds a book he takes interest in that is precious to me. Especially one like The Hunger Games. Forgive me people but I don't believe in overly softening the harsh realities of the world. My parents were very overprotective and when I went out into the world and realized how ugly it can get it was earth shattering and painful. Even if there was cannibalism in the book I would have let him read it ten-years-old or not. I am quite certain it would have lead to an interesting talk about why a person would do that and how in some cultures it is part of spiritual and funeral rituals.

I am so upset about this still that I wanted to write about it tonight. Miss P. is a wonderful librarian and I am glad she is trying to find a balance between the parents who are overly concerned and asking for permission versus just taking the books out. Even still I asked her who I can talk to higher up in the school district's hierarchy to let them know this is not okay with me. She's going to look into it and hopefully I can stand up for my son and his right to read whatever he wants to.

And on that note I shall retire for the evening to curl up with some Meljean Brook nummies and try not to stew over this too hard. I did get The Hunger Games finished and liked very much up until the somewhat 'meh' ending. Guess I better buy Catching Fire so I can find out what happens next. Good night! -- Rhi

P.S. -- Isn't it funny how this came up so soon after Banned Books Week? This fact was far from lost on me and has made me think I need to stop being concerned for just my son's library but those of the schools he will be attending for middle and high school. Maybe it's time I really make my voice heard and become the anti-Scroggins type parent. Hmmm... what do you guys think about that? A parent crusading for challenged and banned books in the school district to be returned?
Posted by Rhianna at 10/12/2010