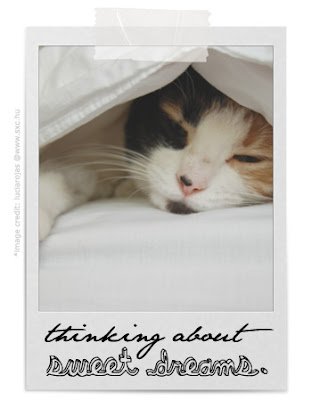 My mother's visit was probably one of the most chaotic periods of time I've dealt with in years. Not even having the baby while in the middle of buying the house and all that stuff last year around the same time was as crazy. Even getting her home from her visit was a story I could write half a page on without any adjectives. Now I'm just wiped. Exhausted. Tapped and drained and ready for Halloween to get here. I'm not dressing up this year (again) which is pretty depressing but my funds are low and I would much rather buy books than a costume I can wear for one night.

While mum was here we hit up a thrift shop where I found 45+ PNR titles I had either on my wishlist or was interested in. At 50¢ each I made out like a bandit. I bought the first seven Sookie Stackhouse books to send home with mom since she hadn't read them before. I stocked up on Gena Showalter, Christine Feehan, Rhyannon Byrd and Amanda Ashley titles. I also found a copy of The Handmaid's Tale... if you read my post about banned books you might remember me mentioning it. I'm gonna tuck it away to read next year during Banned Books Week. :)

The baby's first birthday went over really well. Not a single tear shed and it was a lot of fun. I can't believe she's already one! Where did the time go? I bought her one of those Monster High dolls to put up for when she's older... a collectible of sorts. And some board books of course. How can a reader mom not buy her kiddos books for their birthday? I'm just sad that my son is kind of too old for the -Ologies books this year since it's a Christmas tradition I get him one. Go figure the year he's all meh about them. Okay, so he just told me he still likes them, I misread his attitude apparently. Which means I better go order Vampireology soon so I don't have to go hunt it down at full price in a store during the holiday rush.

Earlier this week I finished Hunger by Jackie Morse Kessler. If there are two things I really love it's Horsemen mythology and supporting eating disorder & self harm awareness. I'm just starting on my review but as a recovered anorexic (the self harming kind, not the body image issues kind) I found the attention to detail and realism very refreshing. Hopefully I will find some time over the weekend to get the entire review done. 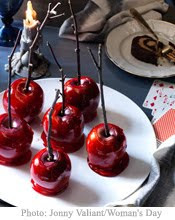 And my last bit of randomness for the post today... Woman's Day magazine has an article with recipes for hosting an adults only Twilight themed dinner party (here). While I'm pretty neutral about Twilight I still loved the recipes and ideas and thought it was worth sharing the link. Since my 31st birthday is next month I'm a little tempted to host a Forever Young vampire themed dinner party but somehow I think my husband would find it the extreme in tackiness. Plus I don't really know anyone I could invite. Total weak sauce! *pouts* But I still might throw together a couple of the recipes anyway. The Candy Apples especially look fab. In the meantime I bought some cupcake decor and plan to make some Halloween cupcakes next week. Found the cooooolest red glittery icing gel stuff. MUST make bloody brains or vampire bites or something!

Anywho, baby is down for her nap, got a copy of Unraveled by Gena Showalter from Amazon's Vine today and I need to take advantage of the quiet to read some more of Demon Angel. Have a great evening and don't forget to tell your friends about the giveaway 'cause it ends on Halloween night! -- Rhi